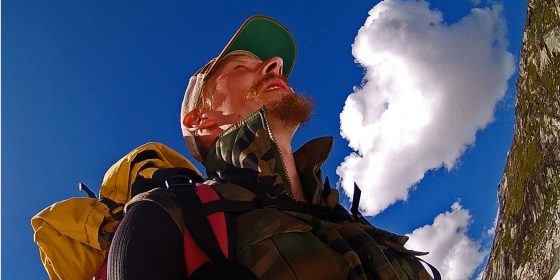 The Norwegian newspapers reported the following:

The police reported that night that person was comfortable with clothing, food and equipment for overnight stay.